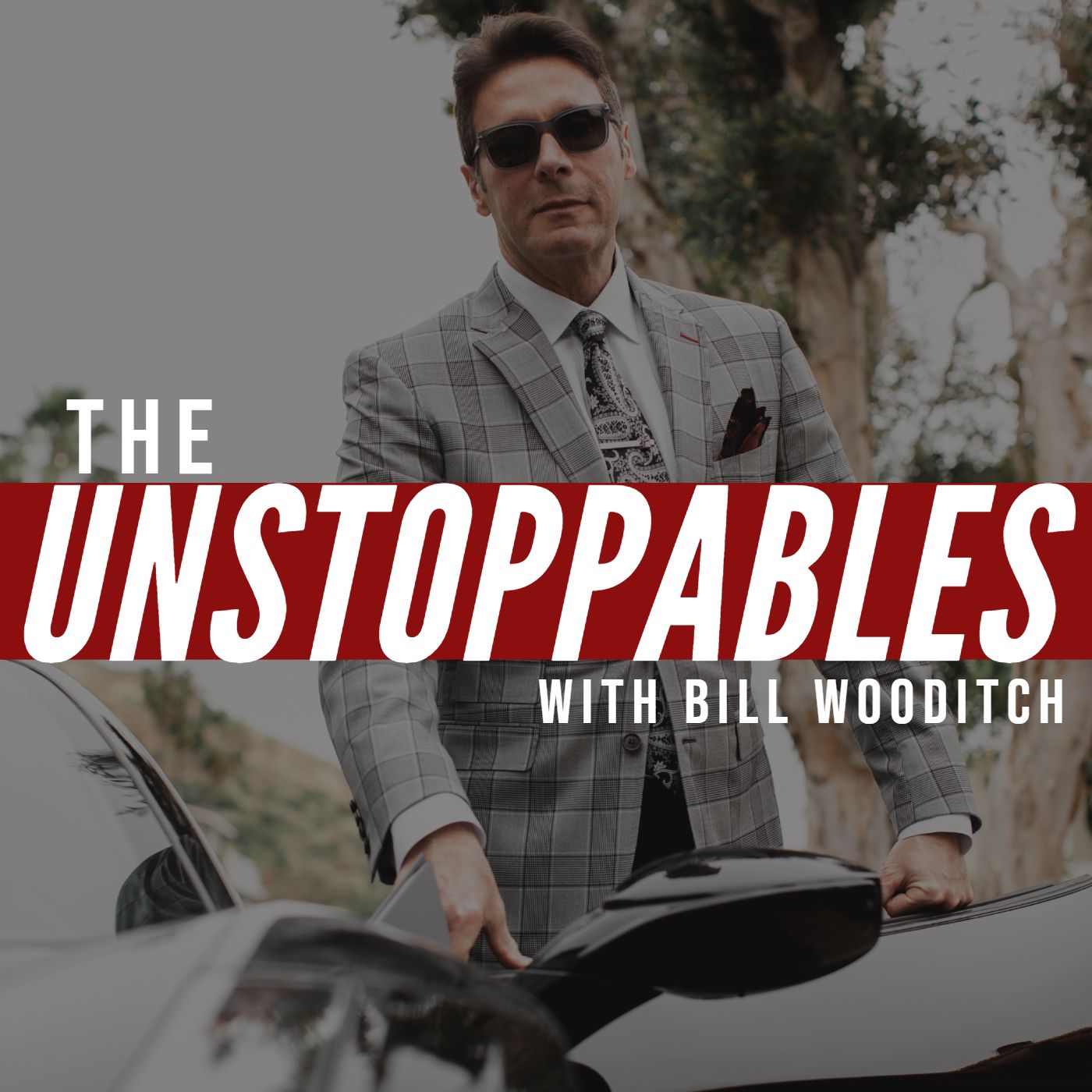 Bill Wooditch introduces Walt Brown to the Unstoppables Podcast audience for the 10th episode of the show. Bill opens by saying he is impressed with the success Walt has had in turning around more than 150 companies on the strength of mentoring and leadership principles. He opens the show by asking Walt how he has turned around so many companies. Walt says the companies weren’t in a death spiral, but describes them as having been “stuck” and in need of some guiding principles.

Walt says his current definition of effective leadership by an entrepreneur involves having a vision for the future that is so clear that other people are willing to turn a portion of their futures over to those entrepreneurs and align themselves with their dream. This means constantly mentoring people into your vision. If this happens, you can have a company full of “intrapreneurs” as long as they’re all aligned with your entrepreneurial dream.

Bill mentions his own employment philosophy built around hiring slow and firing fast, and he asks Walt about how to know whom to select for a job during an interview. Walt says it is very difficult to read strangers period, and this includes interviewees. Walt explains that hiring correctly and firing quickly is built around being a true entrepreneur and having your own idea about what freedom looks like for you. He says when you can describe the nature of your workplace and why it is the place where you want to come to work every day, and then get an interviewee to understand and agree to preserve the features of that workplace that make it enjoyable for you to be there, it creates a promise that allows them to move within the organization and be a part of it. It also means that any future firing decisions are built around protecting the culture of your organization.

Bill asks if it is possible to know right away whether or not a new hire is going to make it within your company or not. Walt explains that by the time you’re having a conversation about whether or not to keep an employee, you’ve probably already made the decision to let them go. Bill asks how to go about jarring a CEO away from being stuck if they are the primary obstacle. Walt says that he advises entrepreneurs to follow the 7 Question - 7 Promise Framework, which means learning what “yes” looks like to seven different questions. They want people to buy into an organization by believing in its core values and identifying that they belong there, and then understanding and embracing what they are accountable for, how they are measured, how they are heard, developed, and how they maintain balance. All of those things start by the employer buying in first and making adherence to the 7 Questions a priority. Walt wants everyone to be able to say “yes” to these seven things, and to select in or select out of the organization based on those things.

Walt explains that the 7 Questions provide a structure that should be presented as something that is being done for the employees instead of to them, and that employees who see how the 7 Questions link to a pattern of success will follow that pattern and align with the company.

Walt asserts that a company is a “fiction” that is only given meaning and power by the people who buy into it. This means if people within an organization are drawn in two different directions, you really have two organizations on your hands instead of one. When it comes to a “patient organization,” Walt explains how his definition of patience involves moxie, grit, guts and wisdom, and an ability to choose when action should be taken. Patience does not refer to passivity.

Walt talks about his next book, which is called Death of the Org Chart. He uses an analogy about Special Teams players on football teams who all play different positions depending on whether or not they’re on the kickoff team, the punting team, or the kick-receiving team. For each position, each player might have a different coach or mentor, and follow different processes and learn to acquire different skills. Walt says the Organizational Graph can be used to plot these things within companies, even to the point of helping with employee development, and this makes it substantially more valuable than an organizational chart.

Bill describes Walt as a servant leader based on his people-first mentality, which Walt affirms. Walt says surveys are a great way to determine the strength of an organization. He talks about Gallups ability to diagnose the workforce with surveys, and how the 7 Questions are designed to diagnose organizations in a similar fashion.

Walt says the 7 Questions came from a stereotype he heard about millennials. He engaged with the millennials of his clients and learned to communicate with them, and that’s where the 7 Questions came from. Walt says stereotyping is a method humans use because they like easy answers, and CEOs that stereotype are unlikely to be followed by their employees, because they fail to properly evaluate the world around them.

Walt explains how he defines success by the number of people he has touched in a day. You can’t take what you’ve stored away with you when you die, so you need to share your knowledge with as many other people as you can.

In terms of his biggest failure, Walt discloses that he was once fired by his best friend, and chalked it up to a failure of over-trusting someone.

To listen to the full interview, please click here!